Nathaniel Lande, born of Canadian parents, is a journalist, author, and filmmaker with a career spanning several decades. He is the author of twelve books including Cricket and Dispatches from the Front: A History of the American War Correspondent, and was the creative force behind TIME Incorporated during his tenure.

The holder of two patents, he is credited for creating the Electronic Book and the Bookbank, a computerized electronic storage and retrieval system.

He was educated at the Avon Old Farms School, Duke University, Oxford University, and earned his PhD at Trinity College, Dublin in 1992. While a "Yank at Oxford", he and two classmates won an ARTS Council Award for their musical comedy, A Word With the Governor, a satire about the British Colonial Office. The play opened to rave reviews at the Oxford Playhouse, and then enjoyed a limited engagement at London's Lyric Hammersmith theatre.

As a professor, he has held appointments to the School of Journalism at the University of North Carolina at Chapel Hill; the Fuqua School of Business at Duke University, and Distinguished Scholar to Trinity College Dublin.

At CBS he began his career in the mailroom, and soon was selected by the legendary Michael Dann and William Paley, to work for the head of Programming. Then he joined the producing staff of PM East, hosted by Mike Wallace, with his good friend, Peter Lassally, (who would later become producer of the Tonight Show at NBC). By night, the young and enterprising producers searched for talent discovering Woody Allen at the Bon Soir, a small club in New York, and Barbra Streisand at One Fifth Avenue, and were the first to book them on national television.

While Creative Director for the Magazine Group at TIME, Inc, he innovated presentations for the publishers of the magazines writing musical revues. All About Life, One for the Money, and 10 the Musical, for LIFE, Money, and People respectively. Each combined editorial content and publishing attributes. They were cleaver mini Broadway Revues touring the country targeting advertisers. No ad presentations had ever been so refreshing and engaging, establishing Nathaniel Lande, according to New York Magazine, as a TIME icon. His creators included, Scott Ellis and Susan Stroman who later became acclaimed Broadway directors. Susan Stroman is best known for Contact and The Producers. As Director of TIME World News Service, he broadcasted TIME stories to America and 70 countries around the world, writing and producing over 800 radio broadcasts.

Nathaniel Lande served as a special White House aide under two United States Presidents. He was married to Linda Hope, daughter of Dolores and Bob Hope. They have one son, author Andrew Lande, an expert food and wine writer and a journalist. He lives in Montecito, California and New York, and is presently married to Natalya Chamkina, the noted Russian ballerina. 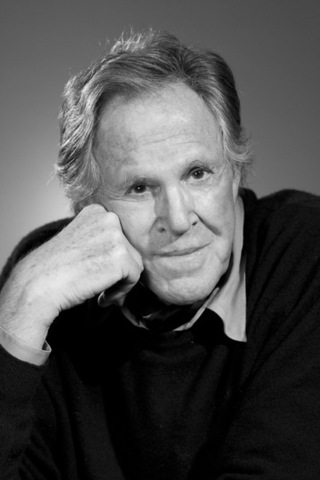